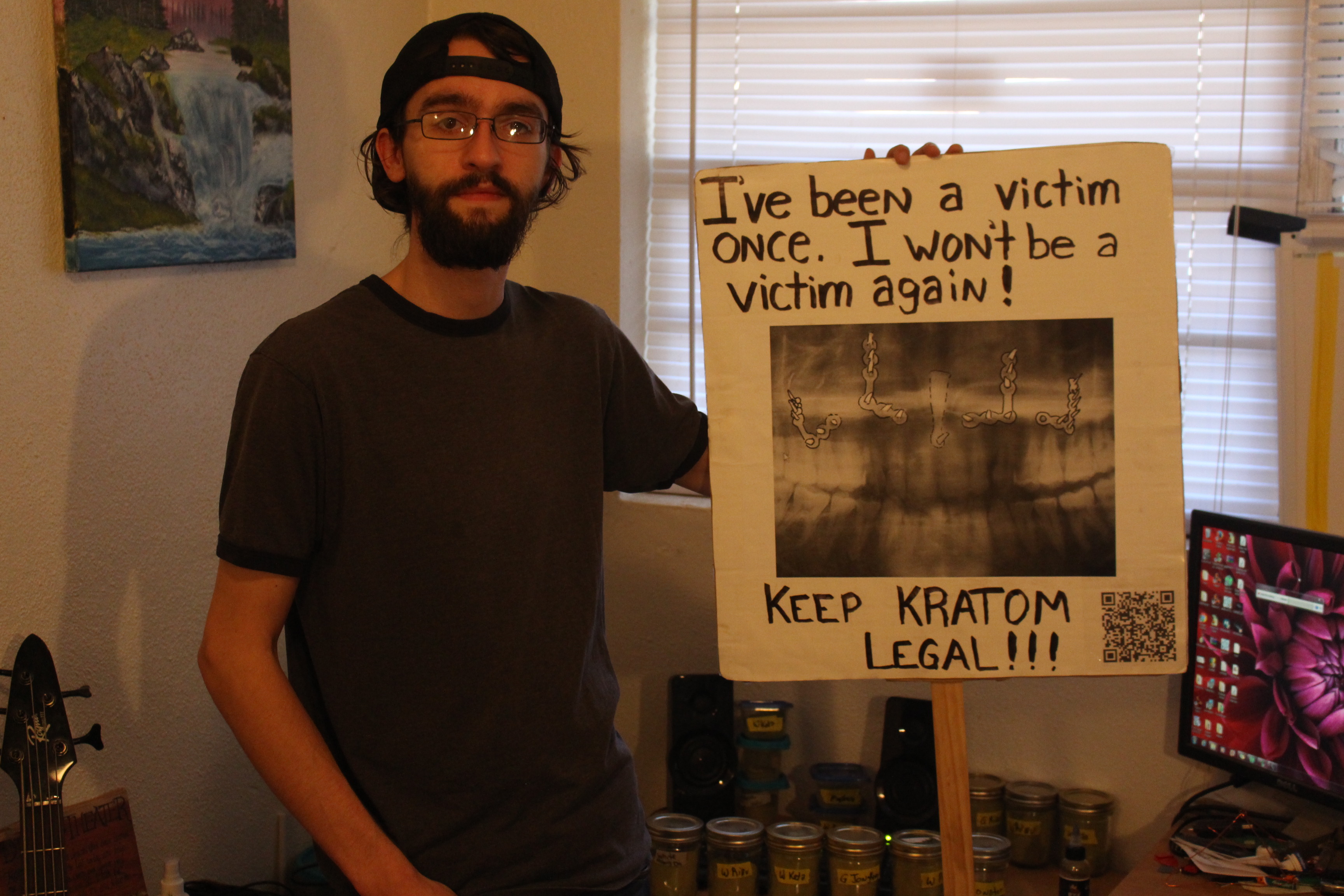 Kratom, an herb legal in Georgia that is used to treat chronic pain, is facing strong support from local advocates and heavy opposition from treatment facilities.

Justin Wilson, a 27-year-old kratom advocate and member of the American Kratom Association, has been taking kratom twice a day since his surgery from an assault in 2013, which caused 50 fractures to his face.

For him, kratom is more efficient than prescription medication. Wilson claims that kratom was a key factor in not only helping him in recovering from surgery, but also in overcoming his burgeoning dependence on the liquid oxycodone he was originally prescribed to treat his pain.

“It didn’t take but a week, maybe two weeks, to get to the point where if I woke up and didn’t take [liquid oxycodone], I was sick, hurting all through my body,” Wilson said. “I came straight off the liquid oxycodone and straight on to kratom [with] no withdrawal symptoms. It saved my life.”

In October of 2016, Wilson joined protesters in Atlanta to fight against a proposed ban by the DEA that would have labeled kratom as a schedule 1 substance, making it illegal federally. This caused a large spike of interest on kratom.

The graph below shows the trend of kratom going back to April of 2012. The spike seen around September of 2016 is when the ban was proposed.

The ban was overturned and kratom currently remains legal in Georgia. Legal battles continue in other parts of the country, however, as kratom has been declared illegal in six states.

As part of his opposition to the proposed ban, Wilson formed the Athens Kratom Association in order to spread awareness of the plant that he claims saved his life. This group is an offshoot of the American Kratom Association, a non-profit organization with a network of over 10,000 supporters and advocates all over the United States that claim to represent between 3 and 5 million kratom consumers.

Wilson and the association suggest that kratom can even be used to alleviate symptoms associated with withdrawal from prescription narcotics and powerful opiates such as heroin.

However, Ali McCorkle, a counselor at Athens Clinic, a local rehab center, disagrees with the notion of alternative medicines like kratom being used for withdrawal treatments. She believes that methadone is the best way for recovering opioid addicts to deal with withdrawal.

“Once a patient starts to take [methadone], it will keep them from experiencing any of those withdrawal symptoms,” McCorkle said. “So they can actually function and they can work and they can take care of their children.”

Stephanie Snow, a counselor at Palm House Recovery Center, a transitional living facility in Athens, classifies kratom as a gateway drug and includes kratom in the random drug and alcohol screenings performed on residents. According to Snow, the presence of kratom in a resident’s urine is treated just as seriously as the presence of heroin.

The counselors and staff at Palm House believe that kratom should not be used to prevent former addicts from going into relapse. Snow explained that recovering addicts should focus on therapy and treatment programs to overcome their addictions rather than relying on mood altering substances like kratom. Snow and her fellow counselors claim they encourage their residents to “not look to anything outside of the established practices to change the way they feel.”

In the link below, Justin Wilson describes the injuries that led to his kratom use and shares personal anecdotes about friends who have gone through similar experiences.

In the video below, Justin Wilson details more about kratom and demonstrates how he takes the herbal medication.

By Jacob Stevens and Justin Williamson