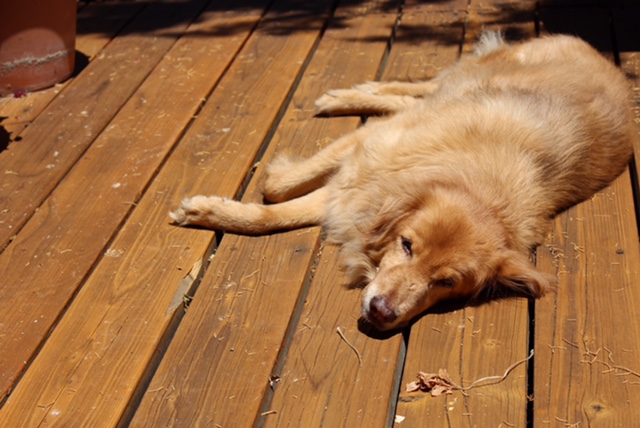 SAN FRANCISCO, CA – SF Animal Control & Care reported there were nearly 6,000 dogs homeless or in the shelter in San Francisco within the fiscal years of 2015 and 2016.

In order to help combat this issue, city-sanctioned organizations such as the San Francisco SPCA Mission and Pacific Heights Adoption Centers joined forces with Clear the Shelters for the weekend of August 19, during which all adoption fees for pets currently in the shelter were waived. Another organization, Northern California (NorCal) Golden Retriever Rescue, focused its efforts on finding permanent homes for purebred golden retrievers, as well as building a network of temporary foster homes.

“The dogs, we get them for a variety of reasons. Sometimes, they’re owner-surrenders, which, that can be from just a divorce situation…allergies, sometimes for financial reasons, sometimes they’ve moved and left (the dog) in the backyard, and sometimes they’re just older dogs that nobody wants to deal with anymore,” said Cynthia Stevenson, an Area Coordinator for Contra Costa County with NorCal Golden Rescue.

The Process of Re-Homing

According to Stevenson, the majority of animals that come to these Bay Area organizations have faced neglect and, far too often, abuse at the hands of their former owners. Part of the process for preparing the animals for adoption often includes exposure to human contact in calm and safe environments.

Contra Costa Humane Society (CCHS) has a foster program in place that allows the animals to undergo the transition away from poor treatment and into re-homing in an environment that is both “carefully-vetted and extremely loving,” according to CCHS. All food, supply and medical expenses are paid for by CCHS, but any interested party must first be approved by the society before they may house an animal of any sort.

The average price of adoption for dogs/puppies falls anywhere between $150 (SPCA minimum) and $500 (NorCal average) depending on the breed and known pedigree of the dog. In comparison, according to Pet Yak, purebred dogs can cost anywhere from $500 to $3,000.

“It’s much less about competition and who’s the better organization. It’s just all about finding the best possible home for these dogs,” said Carole Mason, an Area Coordinator for NorCal Golden Rescue.