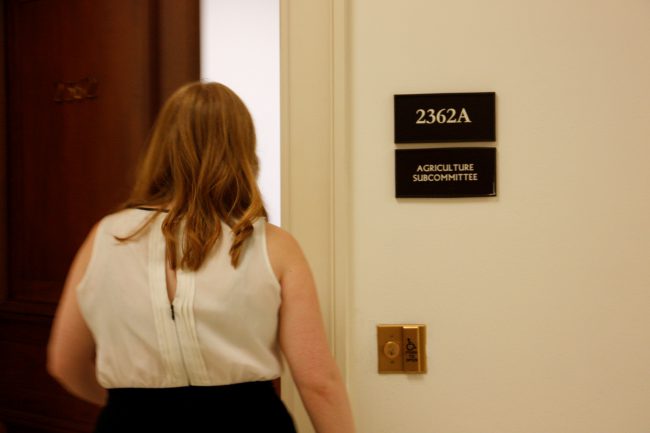 WASHINGTON: While President Donald Trump proposed the elimination of international food aid programs entirely, the U.S. House of Representatives’ 2018 agriculture budget has a milder reduction of $16 million from the 2017 budget.

The McGovern-Dole program, introduced by former senators Bob Dole (R-Kan) and George McGovern (D-S.D.), was designed to reduce hunger while also educating children in food-deficient countries. In 2016, the program cost around $200 million and provided meals for over 2.2 million people in countries such as Cambodia, Ethiopia, and Malawi.

“The entire time I was [in Ethiopia], I was thinking about the wonderful stuff we were doing. These kids are eating; they’re going to school,” said House Agriculture Committee Chairman Michael Conaway (R-Texas). “It was also niggling in the back of my mind that we have mortgaged our own children’s future doing good things.”

“While both programs are below the FY ’17 level, they are far above zero, and I hope that we will be able to work to increase funding for both as we go through this process,” subcommittee ranking member Sanford Bishop (D-Ga) said.

According to the 2016 February USDA evaluation, there has been a stable attendance rate of 97 percent within the schools McGovern-Dole for which provides food. In Somalia, school enrollment for girls has increased from 64 percent to nearly 100. The program has also had an overall increase of female participation with nearly 95 girls for every 100 boys, compared to nine girls for every 100 boys before the program’s implementation.

“There’s always ways to do better, but if we don’t provide the food those people go hungry,” said Ada Bacetty, a Brookings Fellow working under Bishop. “When people are hungry, they do desperate things.”

The House subcommittee draft will appear before the full appropriations committee for markup in mid-July.  The Senate has yet to release their draft of the agriculture appropriations bill.

To hear from a future agriculture education teacher and current UGA student on his views of the McGovern-Dole Program cuts, watch the video below.