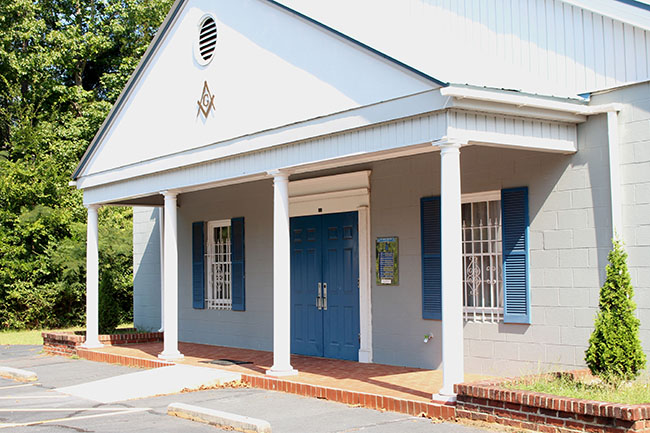 ATHENS, GEORGIA — Officers of the Athens Freemasons, an ancient brotherhood mostly known for their secrets and rituals, claim they are mainly focused on fundraising for their children’s home.

Michael Law, the “Worshipful Master” of the Athens Freemason lodge, explained the group primarily focuses on fundraisers for the Masonic Home of Georgia. According to Law, they do this by hosting 5Ks and other events to raise money.

“At the end of the day, all the mystery, the ceremony and ritual, are all kind of a minor part of what we do because the bigger part is that we are a standard non-profit organization,” Law said.

According to Jasper Ridley’s book “The Freemasons”, suspicion of the brotherhood comes from the secrets they hold, and the political leaders who have called themselves brothers. Ridley writes that leaders in the community holding an allegiance to the Freemasons offer “favors” to one another, despite the conflicts it may cause in their public roles.

Law explained that the Freemasons are not a secret organization, but they do have some secrets. According to Law, they almost all regard their ritual, education, and “their work;” on what that work actually is, he would not say.

Law claimed many of the Founding Fathers were Masons. While people have heard about the group, they know little about them.

“I know they have rituals similar to secret societies and things like that,” said Daniel Hydrick, a student at the University of Georgia. Hydrick said he did not know much else about the organization.

Law explained that education is a big component of the Freemasons. With each new degree a Mason earns, another piece of education, mostly on Mason history and how to treat humanity, is taught. There are two paths a Mason can choose to take after completing the first three degrees at a Blue Lodge: the Scottish Rite, which has its highest degree ending in the Shriners, and the York Rite, which ends in the Knights Templar.

To be a Freemason, one must be a male, at east 21 years old, who believes in a supreme being. Law said the group does not ask for specifics or denominations, just that the person believes in something higher than himself. According to Law, the only reason most Masons here are Christian is because most Americans are Christian.

For a look inside Freemason Mount Vernon Lodge No. 22 in Athens, Georgia, watch the clip below. The dimly lit rooms reflect the original atmosphere.

Watch the video below to see what students on campus at The University of Georgia really know about the Freemasons.

As the video shows, most students at The University of Georgia knew little or nothing about Freemasons. This could be due to the huge decline in membership over the past 67 years, as the chart below shows. This data was collected from the Masonic Service Association of North America. (Graph/Jennifer McEntire, jrm64408@uga.edu)

By: McGee Nall and Robin McEntire