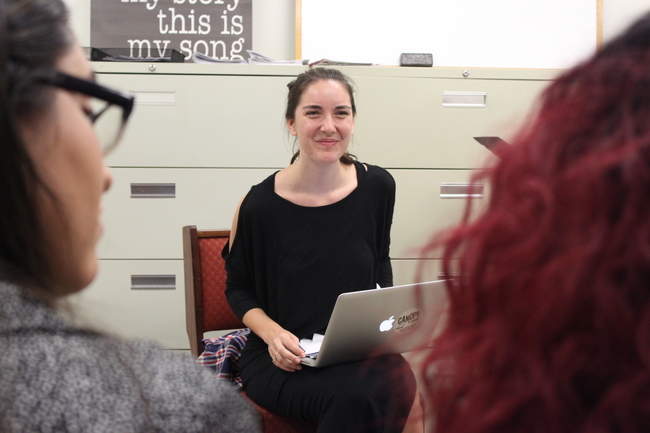 ATHENS, Ga. – The Deferred Action for Childhood Arrivals program (DACA) is scheduled to expire on March 5 putting as many as 21,600 registered beneficiaries of this federal program popularly called Dreamers in Georgia at risk for deportation, according to the Migration Policy Institute.

The ending of DACA, which allows undocumented immigrants brought to the United States as children to live and work in the country, would demographically affect those that are single and under the age 24. If faced with deportation, almost 80 percent of these young DACA recipients in Georgia would be sent back to Mexico, according to the Atlanta Journal Constitution.

Students in the Athens-area that are covered under DACA have expressed fear for what a potential end to the program could mean for them.

“Our government has our fingerprints, they know where we live, they know everything about us, and they have all of our documentations,” said *Jason, a 19-year-old student and DACA recipient at the University of North Georgia.“If DACA were to be taken away, would that mean that we would be the first priority to go? Let’s get them because we know where they are?”

Despite the uncertainty surrounding DACA, Jason said that, like every other ordinary college student, he tries his best to go about his everyday life. A video profile of Jason is featured below.

Jason isn’t the only Dreamer with such fears. Amairani Perez, a DACA recipient brought to the United States at just 9-months-old, worried for her protected status immediately upon the election of President Donald Trump.

“When Obama announced [DACA] I was so happy. I was thinking this country is going forward. When Trump became president… he said that he wanted to end it,” said Perez. “I cried so much… I did not want to believe it.”

Attempting to quell the fears of mass deportation, Congress reintroduced the Dream Act in July 2017 as a path to eventual citizenship. In January 2018, however, President Donald Trump and his administration said that they would only consider a permanent path to citizenship if, in exchange, Congress approved funding the president’s proposed southern border wall and imposed stricter immigration requirements.

“The Democrats kept pushing for a Dream Act and… [Trump] wanted to fund the wall in exchange,” Jason said. “ I feel like the Dreamers are being used as bargaining chips for the wall.”

In Athens, GA, groups like U-Lead, which assists undocumented students, are working with the undocumented community to prepare for a future in which a permanent solution for “DACA-mented” immigrants is not reached.

An in-depth description of what U-Lead does for this community is featured in the audio story below.

“We’re here despite whatever barriers come,” said Tamar June, volunteer coordinator of U-Lead. “If DACA is completely rescinded and students that have had a work permit, that had licenses and that were here with a lawful status are deemed unlawful residents again, we’ll still be here and we’ll still be advocating for them.” In part, due to groups such as U-Lead, June said that young Dreamers are still trying optimistic about their futures.

“One of them, who I’m not going to name, spoke about this feeling of just hopelessness and this feeling that he had been lied to,” June said. “But, he’s still here… even with that immense burden that he relayed however many months ago, he’s still coming back and he is still building his future.”

A glimpse of what life is like for Georgia students covered under DACA is featured in the video below.

For Dreamers, building a college future often includes completing out-of-state college applications- in order to avoid international tuition rates in Georgia- and looking for assistance with seeking out educational funding, such as the Dream.US scholarship.

“I’m just not stressing out anymore, I still have hope,” said Perez. “I still have huge hope that I’m still going to college.”

In addition to the personal impact on individuals, according to the Georgia Budget and Policy Institute, there is also an impact on the Georgia economy to consider in regards to ending DACA.

According to the Migration Policy Institute, there are roughly 11,900 employed DACA recipients in Georgia. Their employment varies by major sectors, as depicted in the following graph.

The Center for American Progress estimates that the annual GDP loss for removing workers with DACA in Georgia would amount to roughly $1 billion.

Dreamers like Jason and Perez said that rather than worrying about the uncertainty surrounding their immigrant statuses, they will continue to work hard to build their respective futures.

*Jason chose not to be fully identified due to the uncertainties surrounding his immigrant status.

By Emma Korstanje and Rebecca Nauth