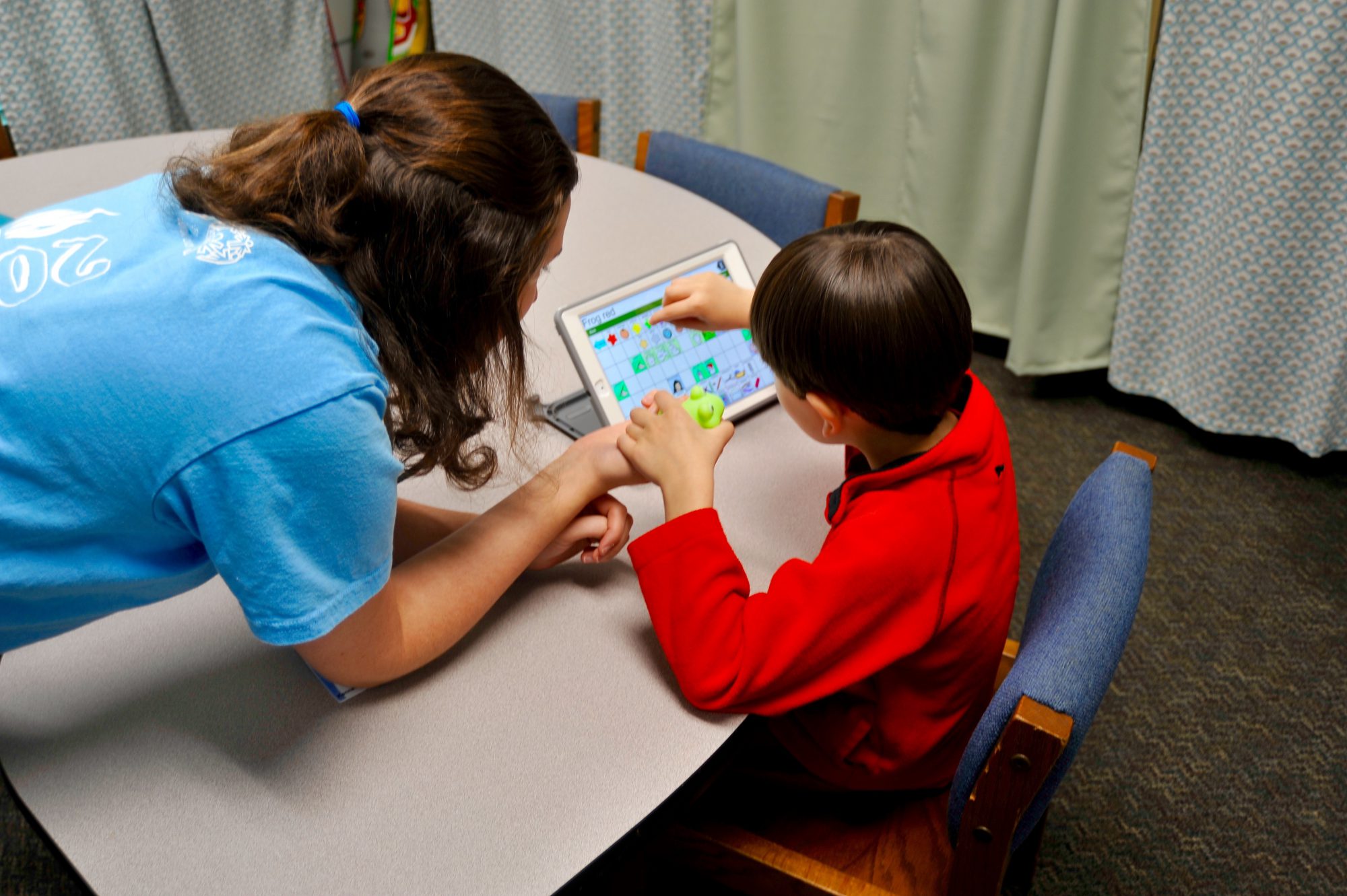 Athens, Georgia – Newly introduced digital technology has paved the way for educators to communicate and teach special need students in ways that were never possible before, according to teachers in the special education system in Georgia.

Alex Mcwhorter, a special education teacher at Kennedy Elementary in Barrow County, led a campaign last year to fundraise money for two in-class iPads for 13 special needs students in her K-2 class. She utilizes devices such as iPads and Promethean boards in the classroom to engage her students more effectively and tailor learning to each student and his/her goals. In Mcwhorter’s class, apps that facilitate communication and interactive learning are the most conducive uses of that technology.

“They [the iPad apps] are so well worth it if the kids are engaged in it because it gives them a way to speak. A lot of my kids that I had last year would get really frustrated because they can’t communicate. But working with these apps, it’s like their behavior completely changes. They have blossomed,” Mcwhorter said.

For three of her nonverbal students, the benefit has been life-changing.

“People look at these kids and think that because they can’t talk that they aren’t smart or have no feelings, but then you give them something that lets them talk, and it’s amazing. There are things way down in them that you could never see, but because of technology and these apps, you can,” Mcwhorter said.

Learning how to use words and form phrases with communication apps allows students with special needs to function more independently. According to Mcwhorter, tablets offer the convenience of portability and ease for young students, especially for those who felt embarrassed to carry around the outdated, chunky communication devices.

Listen to Alex Mcwhorter’s story for her perspective.

Dr. Cynthia Vail, head of the Department of Communication Sciences and Special Education at the University of Georgia, said that providing technology should be more of a priority for schools in Georgia, especially for students with special needs who can use it to learn, communicate, and gain social skills.

“The advances in technology have made it much more mobile and accessible. We have the tools, and we have the knowledge. There’s no reason why any child should be out there while we guess at what they want. And I see a lot of guessing,” Vail said.

Schools across the nation are adopting various technologies to provide lessons and instruction that assist traditional teaching. For example, Google Chromebooks have become the leading device in the K-12 education sector, accounting for 56% of devices sold to educational institutions last year.

In late 2014, Apple teamed up with President Obama’s ConnectED initiative by pledging $100 million to assist in bringing education technology and reliable broadband access to 114 underserved schools across the country.

Aside from accessibility, proper usage remains an issue with the increasing use of technology in special education classrooms. Dr. Zhen Chai, who received her PhD from UGA in 2012, developed an app, Touch Sound, with the goal of embedding lessons and tools for young children with disabilities that can help with communication skills. According to Dr. Chai, the technology is only effective when proper instruction is given to teachers employing it in the classroom.

“Technology is great, but it needs to be carefully taught how to use it. It’s not the case where you just have an app or an iPad, and go for it. When it comes to technology, teachers need to carefully plan how to use it throughout the day, across the board. It’s not something that just one teacher in one class should be using for students. It should be present in every aspect of the child’s life. And if you use it incorrectly, it won’t work,”  Chai said.

The technology, such as iPads, used in special education classrooms is often owned by the school and can be rented out in some cases. As a result, the ability of children with special needs to employ these tools in every aspect of their lives is another hurdle when the technology is not always available.

These difficulties are seen in many places. Extra Special People, Inc., founded in Watkinsville in 1986, offers year-around programs for children with disabilities that focuses on providing activities and events outside of their schools, but many of those children that may use technology to communicate, don’t use it at ESP.

“For our participants that aren’t verbal, we often speak to the families about other ways to communicate with them. Because a lot of the time, their tech that they have is rented or given to them through the school, and they might not even get to take it home. That’s why it maybe won’t come here. We just have to do it differently,” said Kalon Carpenter, coordinator of recreational activities.

The opportunity for students with disabilities to learn how to communicate—with technology as the driving force—is still growing, despite the issues seen on the local level. On November 9, Georgia voters voted no on Amendment One on the state ballot, which eliminated the possibility of what was referred to as a “statewide district” and a more bureaucratic-heavy operation that would perhaps discourage progress brought about by local decisions for public schools.

The strong response from the Athens-Clarke County voter population reflects a desire to keep the power of running the schools local, making way for, hopefully, faster progress in areas such as technology and the special education programs.