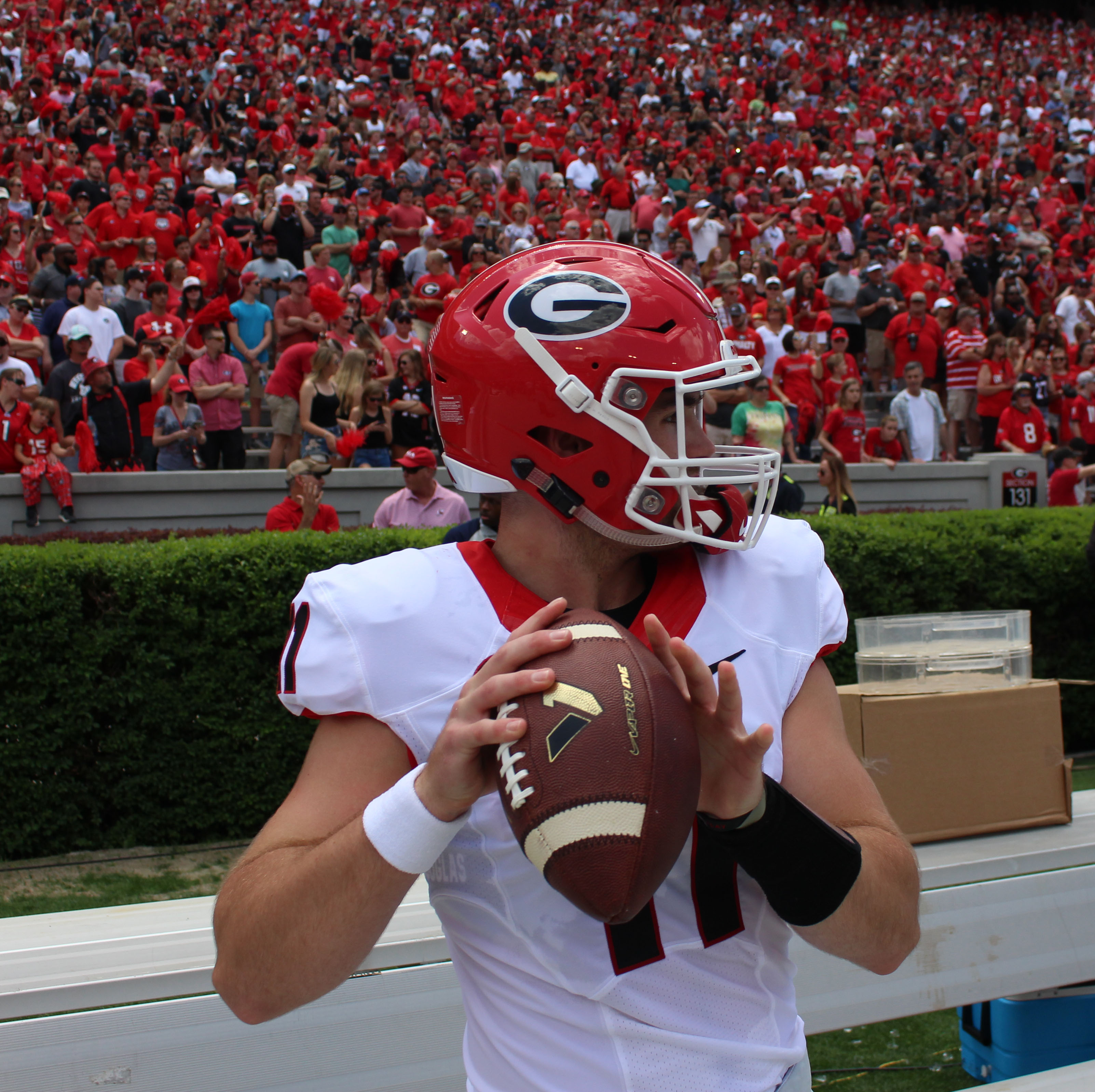 ATHENS, GEORGIA – Freshmen impact players and upperclassmen leadership have been key contributors to the Georgia Bulldogs 3-0 start in this 2017 college football season.

The Bulldogs have started the season 3-0 despite the setback of losing returning quarterback Jacob Eason in the first quarter of the team’s season opener. On September 2, 2017, in Athens, Georgia, the bulldog offense had 2nd down and 15 yard to go, backed up on their own 11 yard line. Jacob Eason rolled out to his right and scrambled towards the sideline to avoid a sack. After landing awkwardly, Eason had to be helped off the field due to a knee injury. True freshman quarterback Jake Fromm was thrust into the spot light.

“I hate to see the starting quarterback go out like that…(but) my initial thought was Jake Fromm is going to step in and do his job,” sophomore student Hunter Hall said.

Accompanied on the field by fellow freshman, Andrew Thomas at right tackle, the Georgia offense moved the ball down field successfully for the first time that Saturday on Fromm’s first series in. Other Freshmen including running back D’andre Swift and wide receiver JJ Hollaman were able to aid Fromm as he helped direct the Georgia offense to touchdowns on their next three drives and ultimately a victory by the end of the evening.

Another student at the game, 5th year Brian Floyd, concurred that Fromm and the Bulldogs played well together.

“I felt like the chemistry from the entire team when Fromm was on the field was more positive than when Eason was out there”, Floyd said.

The Bulldogs followed up their home win by travelling, along with a large amount of Dawg Nation, to South Bend, Indiana to take on the fighting Irish of Notre Dame on September, 9, 2017.

In a close contest, the Bulldog offense struggled to score; however, the Georgia Bulldog defense, supported by a plethora of returning starters, rose to the occasion for the team. The team’s preparation and attitude lead by teammate leaders in practice is what senior offensive lineman Carson Hall credits the Bulldog’s early success.

“The leadership has done a very good job this year of keeping everyone’s head in it and making sure everyone comes to work every day…That’s a big difference from last year”, Hall said.

That difference had a direct impact in Indiana as the defense dominated the majority of the game by holding the Notre Dame offense to only 266 total yards of offense. The defense also forced two turnovers including a sack and fumble recovery by the defensive playmakers Bellamy and Carter with 1:38 left to play in the game. The Bulldogs would run out the clock following this game winning stop, and earned their second win on the season.

Continuing the win streak, the Bulldogs secured their third win of the season against Samford handily this past Saturday, September 16, 2017.

In hopes of continuing their winning ways, the Dawgs welcome to Athens the 17th ranked Mississippi State Bulldogs this Saturday, September 23, 2017. Kickoff is scheduled for 7:05 pm eastern time.

Click bellow to listen to the basic academic GPA requirements of athletes, and  players Juwan Taylor and Ben Cleveland talk about balancing their football and academic workload.